A chat with our Engineers, Steve Bragg and Jay Fee.

Ever wonder why Empress pedals are so quiet? Maybe not, since there isn't much noise to notice! However, a lot of work goes into making sure the noise floor is at a level that meets the Empress standard. So we had a chat with our senior designers, founder Steve Bragg, and lead engineer Jay Fee, to find out how they do it!

Why is it so important to achieve a low-noise floor in guitar pedal design?

Steve: "Here's a common disheartening situation that I think most musicians relate to. At the jam space and onstage, your rig sounds excellent. However, moving into the studio - where every nuance can be heard - it's a different story. Instead of hearing the beautiful nuance of your playing, your bandmate's ears are flooded with hisses and hums. There are two reasons why this happens.

Number one: there are a lot of noisy pedals out there! Many of them are classics that you can't live without. Why are they so noisy? The plain answer is because it's expensive and tiresome to reduce hiss, hum, crackle - and whatever else - to the threshold of human hearing. Low-noise design frequently requires costly parts. We often spend more time working on reducing the noise in a circuit than working on the fun parts of the circuit that make the crazy sounds.

Number two: a pedal chain can only be as quiet as its most noisy pedal. You can have ten noiseless pedals in a row, but if you just put one noisy pedal in the chain and it's engaged, the whole pedal chain will be noisy. It's sometimes possible to hide the noise with a noise gate or reduce it with a better power supply. But these are both uphill battles. One pedal can ruin your pedal chain's picnic. Pedal chain picnics are a thing.

So, why is it essential for our pedals to be low-noise? We don't want your Empress pedals to be the ones ruining the chain for all the other pedals. "

What makes Empress pedals different from other manufacturers regarding noise performance?

Steve: "We wanted to create groundbreaking effects from the beginning, but we didn't want our customers to choose between interesting sounds and high-fidelity.

Here's an example: The Superdelay was our first experience designing a pedal around a powerful DSP chip. It took years of work and 11 board revisions before we got the noise floor low enough to meet our standards.

There were times we didn't think the Superdelay was going to happen. Empress was still getting off the ground at the time, and we were carrying a lot of risk.

But the Superdelay took off and became our best-selling pedal for years. I still see it on many professional boards even though it's been discontinued for over five years.

We've continued to adhere to our commitment to noise performance. At this point, it's an obsession."

What makes Empress pedals different from other manufacturers regarding noise performance?

Jay: "Each pedal requires a different approach, but I'll give an example. We took extreme measures to make the Echosystem and Reverb as quiet as possible.

I'll go through the three most important measures.

Both pedals rely on twelve VCAs to mix the wet and dry signals for the left and right sides.

VCAs don't have discrete steps like a digital pot—the on and off is nice and smooth, and there's no digital zipper noise as you adjust the volume.

But even with this approach, we had to triple the signal path to get a noise level that was acceptable to us.

The additional VCAs produce a signal that's three times as loud. Luckily, the noise doesn't triple since it's random and partially canceled out between the two sides.

In the end, if the signal gets louder and the noise stays the same, you get a higher signal-to-noise ratio. That's the main goal at the end of the day.

Of course, performance like this comes at a high cost. Triple the VCAs means triple the supporting circuitry. Going above and beyond like this is a significant factor in the final cost of a pedal.

But that's not the only way we can increase the signal-to-noise ratio. Our selectable input pad feature also plays a role. Since the pedal's internal noise is fixed, a higher output guitar will naturally give you better noise performance.

With the selectable input pad, users with quieter guitars can tweak this setting to squeeze more performance out of their rig.

Additionally, we use some digital tricks to get another boost in signal strength during the AD/DA process.

Some might consider this controversial, but we increase the gain in the digital domain since DACs are slightly noisier than ADCs.

Most guitar signals don't approach the limit of digital headroom, but for those that do, we use a limiter to prevent distortion. It's incredibly transparent and only acts on peaks that are just a few samples long. In eight years of production, no one has ever noticed that it's running.

The extra gain allows the DAC to output a hotter signal, further increasing the SNR.

On the analog side, our power supplies have an extra passive filter at the output, and we use the quietest regulators we can find. As I mentioned before, no expense was spared in designing these pedals."

Steve: "Stuff like this is why they're not cheap, and most folks probably have no idea what goes into it!

There are some proprietary techniques that we can't fully reveal. For example, we managed to run our VCAs outside the manufacturer's spec to achieve lower noise. It's a bit complicated, so I won't get into it here!"

Last but not least, the transformer-isolated output on the Reverb and Echosystem breaks ground loops when using two amps in stereo. We treat it like a throwaway feature, but a dedicated box would cost over a hundred ClamCoins, a cryptocurrency we know nothing about." 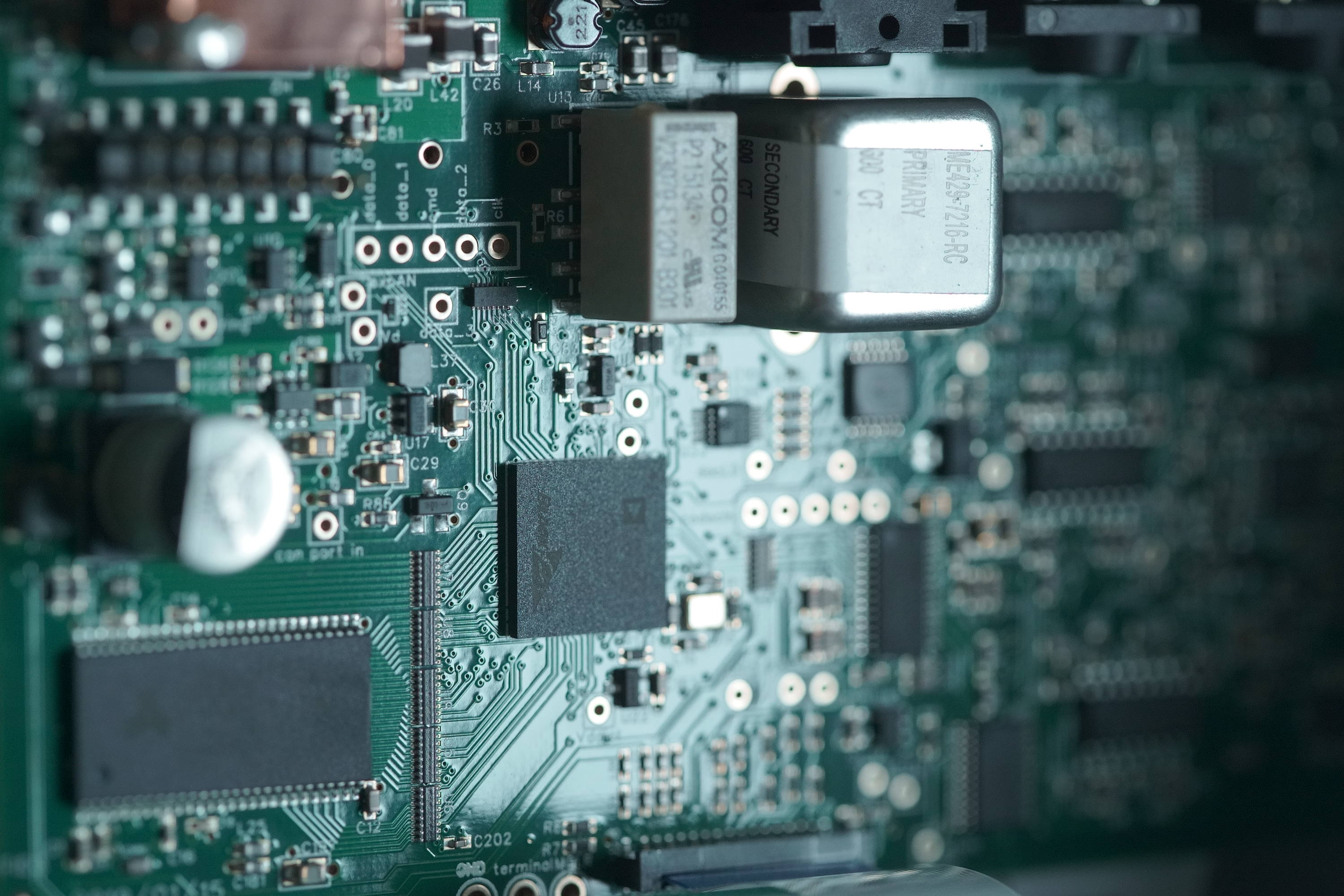 The Blackfin board used on the Echosystem and Reverb. The big transformer on the top right is for breaking ground loops.

What else should guitar players do to get better performance from their non-Empress pedals?

Jay: "You'll need to get serious about the rest of your chain to keep noise low.

Just turning on a Reverb or Echosystem isn't going to decrease the noise that comes from elsewhere on your pedalboard.

The standard good practices apply—we covered most of them in a recent post on the Empress Blog.

In short, though, my advice is to use quality gear. A good power supply and a buffer first in the chain go a long way.

Noise has the potential to increase with every device you add between the guitar and the amp, so be realistic about the kind of noise floor you'll get with a massive rig.

That said, Empress' effects are over-engineered to perform in this area." 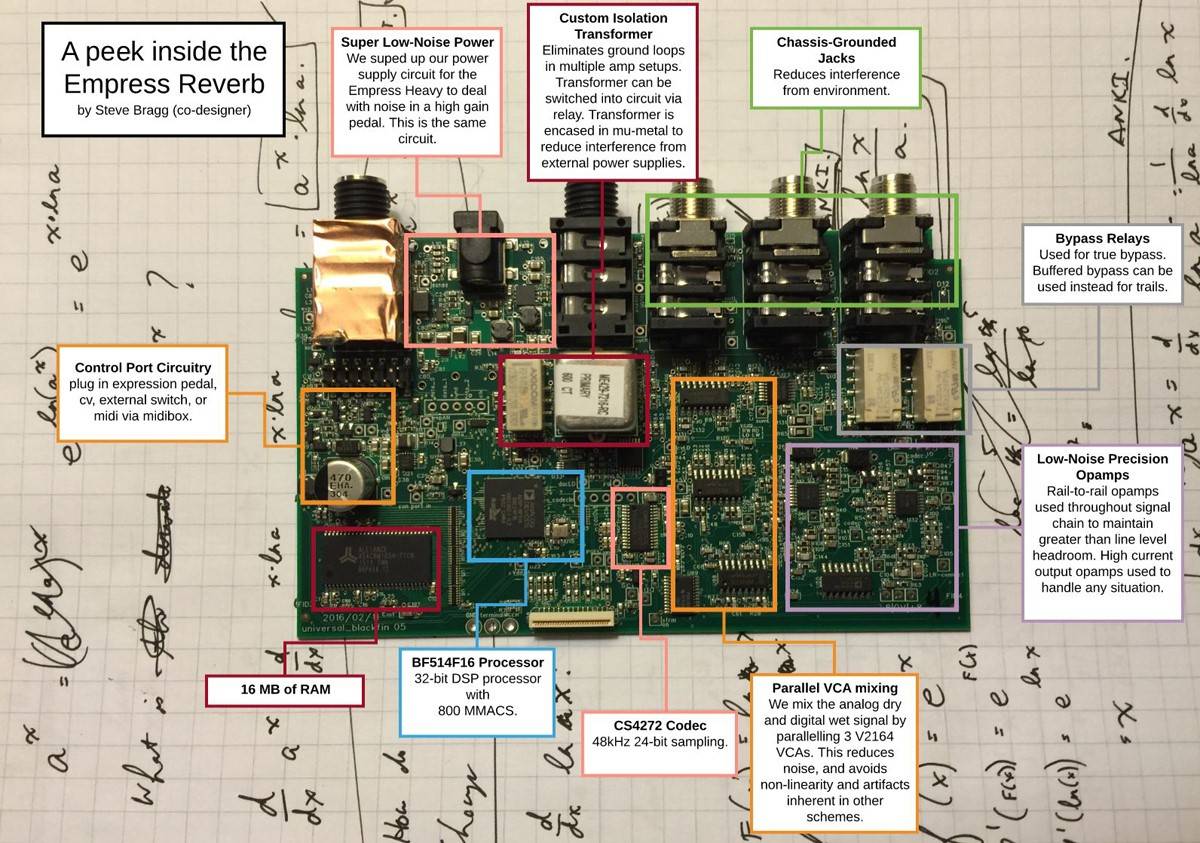 Any Final words on noise?

Steve: "In short, the gain-staging and treatment of your guitar signal have been carefully considered all along the signal path in every Empress design.

We're literally spending triple the money in spots to squeeze another 3dB-4dB of noisefloor.

We recognize that noise performance is an essential feature of professional quality audio tools. Your pedalboard is no different.

That's the essence of our commitment to good design." 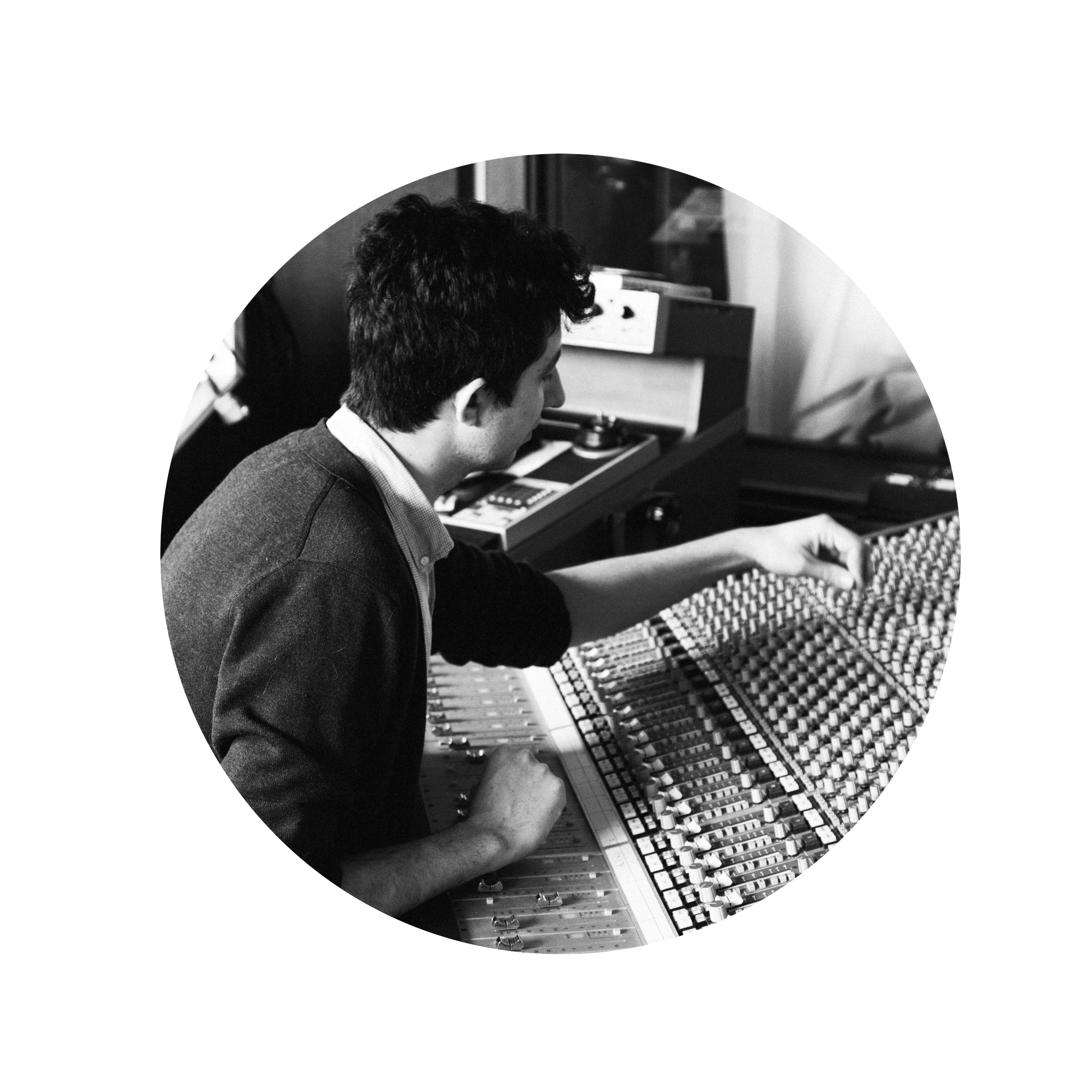 Michael Hahn is a Montreal-based musician, music writer and engineer at Autoland Audio

Transform Your Patches By Using a Sample and Hold

Expression Pedals:
What They Are and How to Use Them

Guitar EQ Frequencies: How to Sculpt Your Signal to Fit in the Mix Posted on December 07, 2022