The Guitarist’s Guide to Equalizer Types

Each has their strengths when it comes to shaping your guitar tone. So which should you choose?

It turns out that graphic EQ vs. parametric EQ is a question that depends on your specific application.

In this article I’ll explain the basics of each equalizer type and suggest the best ways to use them to dial in your tone. 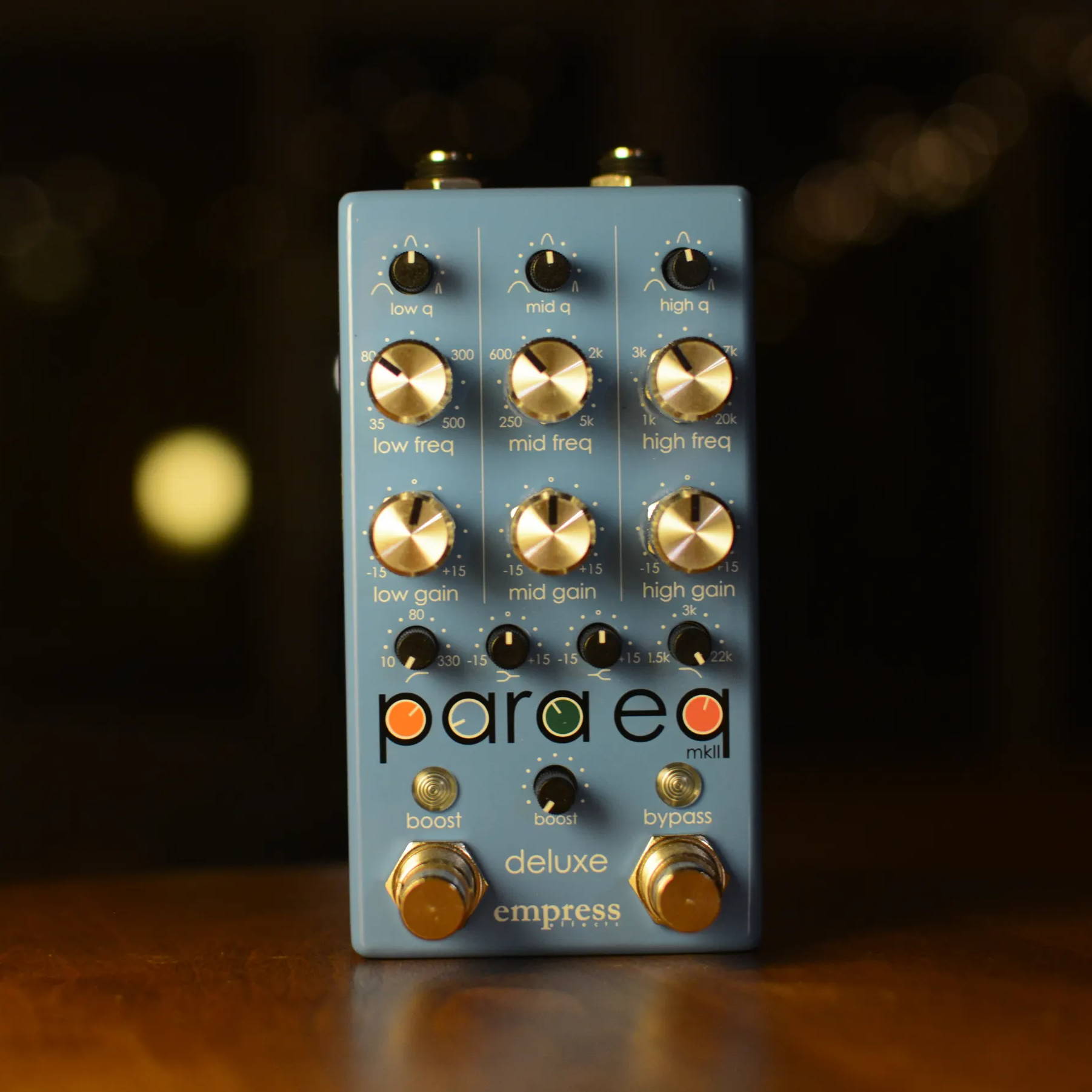 EQ stands for equalization. It’s a tool used in audio to shape your sound’s frequency balance so it sounds more pleasing or fits better in a mix.

EQ can have a huge effect on your guitar tone. If you’ve ever rolled off your tone knob or dialed in the treble and bass controls on your amp, you know how powerful it can be.

If you need the full guitarist’s guide to EQ, head over to our in-depth overview.

But if you just need the fundamentals, here’s a refresher on the basics:

Graphic EQ is typically used to notch out specific frequencies that are contributing to feedback in a live performance sound reinforcement system. Each band is represented by a slider that can be pushed up or down to boost or cut that frequency.

Parametric EQ is widely used in recording and mixing to change the character of a sound or emphasize certain qualities. Instead of sliders, parametric EQ uses traditional rotary knobs and switches to control several parameters that shape the EQ band. As I mentioned above, the most common ones are:

Some users find graphic EQ easier to learn at first since adjusting multiple bands creates a visual representation of the overall curve. This is the reason for the name ‘Graphic EQ.’

However, parametric EQ is much more flexible once you get used to it. On top of that, it provides specific advantages for guitar players.

Parametric EQ gives you access to a much wider range of shapes and curves using far fewer bands than graphic EQ.

For example, consider a shelving filter like the type you’ll find on the Empress ParaEQ MK II Deluxe.

Shelving filters are a basic EQ type for boosting or attenuating material above or below a corner frequency. They’re typically used to broadly adjust the highs or lows to taste. You can think of them like the treble and bass controls on a car stereo.

To approximate a shelving filter with a graphic EQ, you’d have to adjust every single band on the other side of the corner frequency.

That means that on a typical 31-band graphic EQ, you’d need to use five or more bands to approximate a shelving boost at 5 kHz!

Each slider has it’s own narrow range of action, so instead of a gentle sloping curve to a flat shelf, the overlapping edges of each band create noticeable peaks and troughs. 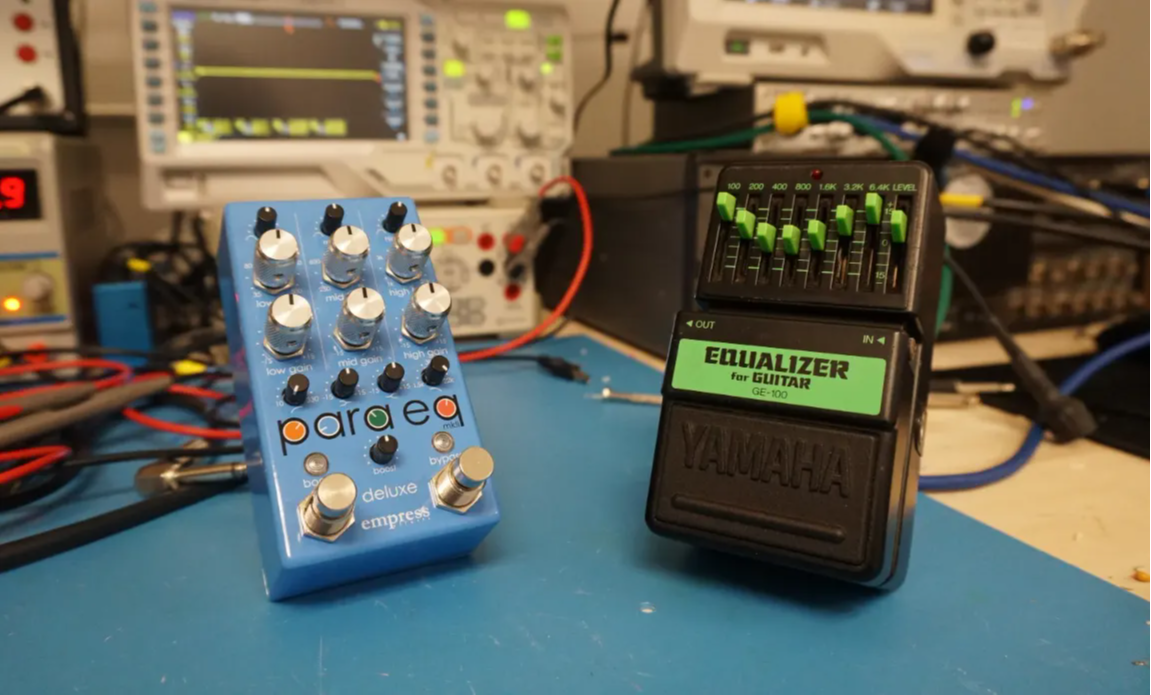 When to use graphic EQ

That said, graphic EQ can still be useful for many applications.

The narrow Q of each individual band makes them extremely effective for removing specific problematic frequencies.

Some players are known for using a graphic EQ pedal in their amp’s effects loop to tailor its preamp section to the power amp and speakers.

It’s effective since some speaker types have pronounced peaks in the midrange that stick out uncomfortably with certain rigs.

A good graphic EQ can reduce individual peaks for a smoother sound and a better match between guitar, amp and speaker.

There are also some sought-after graphic EQs with desirable character for guitar tone.

For example, the Mesa Mark series is known for its powerful, post-preamp graphic EQ that helped create the biting, mid-scooped tones of early metal. 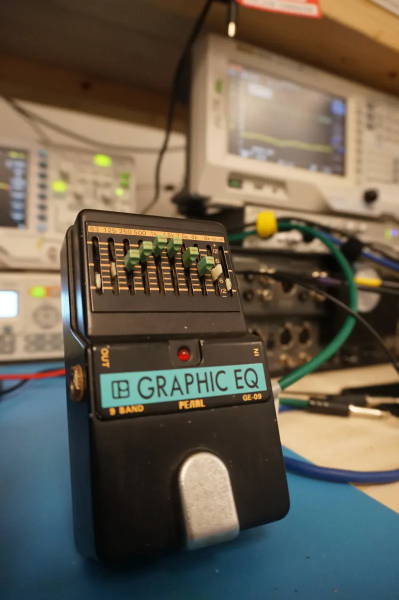 When to use parametric EQ

For most other situations, parametric EQ is the better approach. 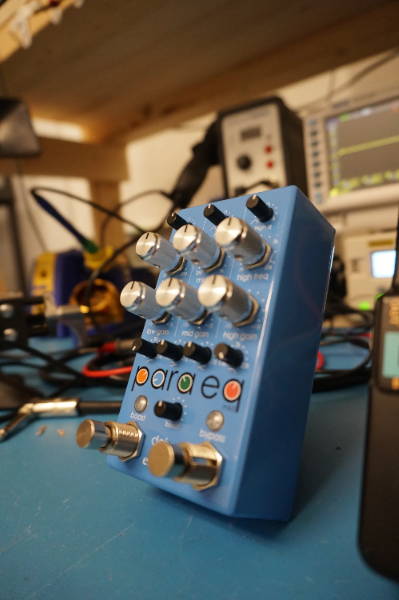 Too much bass is a recipe for muddiness, even if your amp isn’t running on the edge of overdrive.

Depending on your amp, guitar, speakers and pickups, your tone stack alone may not be enough to clear up the low end mud.

A precise low cut using a a high pass filter or a broad reduction with a low shelving filter can clear things up. 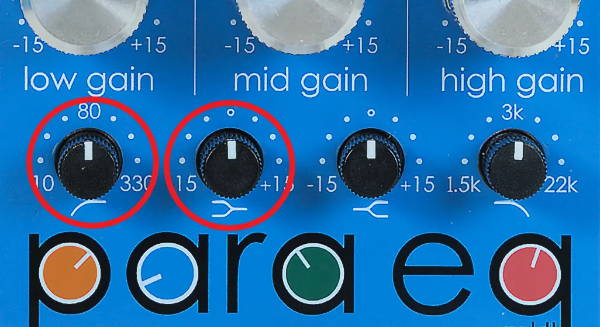 On the opposite end of the spectrum, some gear combinations can be painfully shrill and trebly.

The culprit is often a peaky range of frequencies in the upper mids where the human ear is most sensitive.

A good parametric EQ will allow you to find the offending range and attenuate it without impacting the rest of your sound.

Here's Aaron Marshall from Intervals to teach you about using the High Pass Filter and Low Pass Filter on the ParaEq MKII to remove the lows and highs that are muddying up your tone.

Plenty of players love the mid-forward character of classic TS and K-style overdrives.

But when used to push an amp into saturation, it’s common to turn their gain control fully counterclockwise so the amp’s own overdrive takes center stage.

With a parametric EQ you can dial in the ideal mid-boost frequencies without any solid state clipping from the overdrive pedal.

The Para EQ MKII’s boost feature has considerably more level on tap than a typical overdrive, making it the perfect tool for hitting your preamp tubes hard.

Here Aaron shows how the ParaEq MKII can be used to mimick an overdrive pedal. 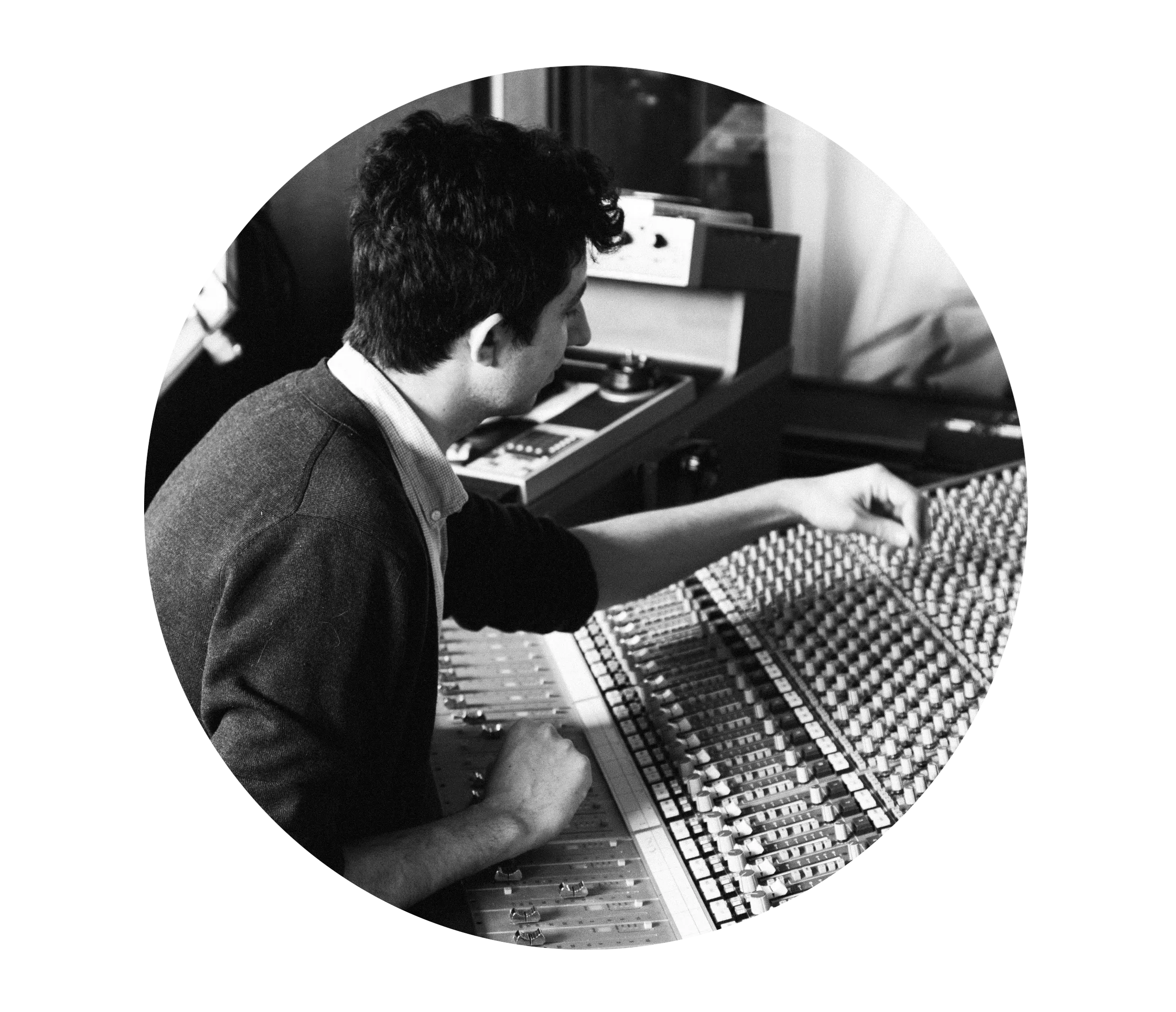 Michael Hahn is a Montreal-based musician, music writer and engineer at Autoland Audio

A Brief Introduction to CV for Guitarists (or Hopefully Anyone)

Which Empress Compressor Is Right for You?

Guitar EQ Frequencies: How to Sculpt Your Signal to Fit in the Mix Posted on December 07, 2022